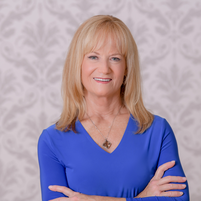 Kimberly was recruited in 2010 as a national managing director with Casey Family Programs, the largest operating foundation in the United States dedicated solely to safely reducing the number of children in foster care and improving safety, permanency and well-being for all children in the nations’ child welfare system.   She leads a team of ten senior level consultants and two administrative professionals working in partnership with child welfare leadership and other community partners in CA, OR,  WI, NE, VA, WV, District of Columbia, Puerto Rico and the US Virgin Islands.

Before joining Casey Family Programs she served eight years in New Jersey State Government, including being appointed in 2008 as Commissioner of NJ’s Department of Children and Families, where she led an agency with 7000 employees and a $1.5B budget. During her tenure as Commissioner she streamlined operations through work groups and planning, resulting in an increase of federal revenues and a savings of $50M in state revenues while sustaining critical programs.  She successfully led an executive management team in achieving improved outcomes resulting in dramatically improved health indicators for children in foster care; continued safe reduction of children in foster care by more than 25%; and continuous development of the children’s system of care resulting in a decrease in the number of children sent out of state for behavioral health services from over 180 in June 2008 to 40 as of December 2009. Prior to joining New Jersey state government she spent 13 years working with child and family serving organizations in community, behavioral health and social service organizations in North Carolina, Florida and New Jersey.

She received a Master of Education from the University of North Carolina at Charlotte, where she also received a bachelor's degree in human services. 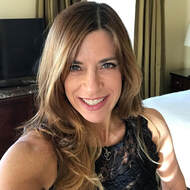 Lynn brings 25 years of executive level experience in strategic planning, management and leadership in the entertainment and yoga industries. Leaving the corporate finance world behind two years after landing her first job at Merrill Lynch, Lynn jumped head first into the music industry in the role of Tour Accountant for Lollapalooza Festival. After two summers of touring, she sought to combine her love of music and management skills into a corporate position. This lead to a continued upwards path within the various arms of Sony Music Entertainment, lastly overseeing Epic Records as EVP, GM and CFO.

Lynn recently left Sony to become the Co-Managing Partner of Influence Media, a private equity backed company set up to acquire and optimize music assets, with Warner Music Group as strategic partner.
A second passion Lynn seamlessly cultivated into a successful business is her love for yoga and its grassroots community. She spearheaded two successful studios, both located in Soho, NYC, Virayoga and Twisted Trunk yoga, attracting some of the leading names in the industry. Yoga has offered a fundamental, organic connection with the grassroots community in which Studio Samuel works in Ethiopia.

Ms. Hazan received her Masters of Business Administration from The Wharton School, University of Pennsylvania and her Bachelor of Science in Management Science, Major in Finance and Economics, from MIT. 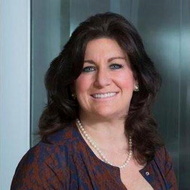 Helen Stefan Moreau is the President and Owner of The Midtown Group, Washington, D.C.’s premiere professional career consulting firm, ranked by the Washington Business Journal as the fourth best temporary local staffing agency in terms of number of placements. Ms. Stefan Moreau opened the company in 1989, just months after beginning her career in the staffing industry. Upon graduating with a degree in Public Relations and Business from the University of Florida in 1988, she inquired at a staffing firm about a job in which she could use her degree. The firm recruited Ms. Stefan Moreau for a full-time position, beginning her career in the staffing industry. Shortly thereafter, Ms. Stefan Moreau resolved to broaden her horizons, and decided that she either was going to work for another agency or start her own staffing business with a partner. She chose to start her own business, and founded The Midtown Group with just a telephone, a card table, and a fax machine. Within the first year, she bought out her partner, and grew the business into the multi-million- dollar success it is now.

Today, in addition to running The Midtown Group, Ms. Stefan Moreau is an active supporter of the Washington, D.C. community. In 2007 and 2008, Rachael’s Women’s Center, which assists local women as they step-up and out of homelessness, awarded Ms. Stefan Moreau with Board Member of the Year for her active participation on the board of directors. In 2008, she was accepted as a member of the Young Presidents’ Organization, and served as the Chapter’s Education Chair in 2015. She now serves as the Chapter’s first female Chairwoman.  Most recently, Ms. Stefan Moreau has been an active member of the prestigious C200, an invitation-only group dedicated to celebrating and advancing women’s leadership in business. She also serves on the University of Florida’s National Board.

In her spare time, Helen Stefan Moreau dedicates herself to her family and supporting organizations that she is passionate about, including Prevent Cancer and Living In Pink. 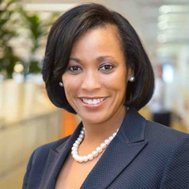 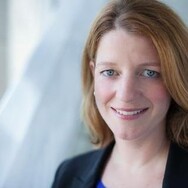 Anne Molignano
Human Resources Executive
​
As a career Human Resources Executive, Anne is bringing her passion for individual growth & development, and the advancement of equitable and inclusive cultures for all, to her Board work at Studio Samuel. Anne has progressive experience on HR People teams across a number of industries and serves as a coach and advisor to organizations on Talent strategies that maximize commercial impact, and which foster an atmosphere that attracts and grows diverse talent.

Anne most recently held the position of Senior Vice President, Human Resources for Sony Music Entertainment (SME) where she sat on the company's Executive Operations Committee and was responsible for the global people strategy for the organization.

Previously, Anne worked in the Pharmaceutical industry as HR Business Partner, Primary Care Sales at Schering-Plough, and served as the Vice President, HR at Morgan Stanley where she headed up HR for the Operations division within the Global Wealth Management group. Anne began her early through mid career at SME in a number of roles including Talent Acquisition and as the HR business partner to the Company's Tech venture, 550 DMV.

Anne received a bachelor’s degree in Psychology from King's College. She enjoys giving back to her alma mater by volunteering at events to consult with students in search of their secondary educational experience. As someone who contributes much of her own development and success to her participation competing on team sports, Anne pays it forward by volunteering as Manager of a cross country & track team for a local primary school in her hometown and serves on the Board of her children's school. Anne lives with her husband and three children in NJ. 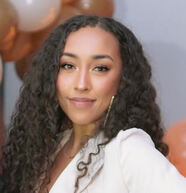 Tamara Farrell
Private Capital Investor
​
Tamara Farrell is a strategic, data-driven problem solver with a passion for thinking outside the box.
Tamara brings over 5 years of financial and direct investment experience.  In her current role as a Private Capital Investor for a $30B family office, she helps manage capital across a variety of asset classes, ranging from corporate credit to real estate.

After graduating with a dual bachelor of science in economics and statistics and a bachelor’s degree in gender, sexuality and women’s studies, she started her career at MetLife Investment Management, one of the world's leading financial services companies with over $600B AUM.  While there, not only did she sharpen her business and investment acumen, but she also led the firm's Analyst Program and Multi-Cultural Professional's Network where she developed and executed on a number of initiatives to hone both the technical skills and cultural awareness of associates across the organization.

As someone with an insatiable curiosity, Tamara loves to push her own limits.  She spends much of her free time in exploration, be it through conversations, food, books, traveling, or prayer.  A second generation Ethiopian-American, Tamara is passionate about both giving back to Ethiopia and immersing herself in the history, language, and culture.  She also enjoys photography and serves on the board of Penumbra Foundation. 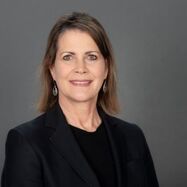 Ginger Merritt
Chemical Industry Executive
​
Ginger Merritt is a chemical industry executive with more than 30 years of transformational leadership experience across multiple industries, including more than 13 of these in China and across SE Asia. Ginger was most recently VP Performance Colorants & Ingredients of Chemical Division at Milliken & Company. Prior to joining Milliken, Ginger was Group VP & Country Manager, China at Michelman Inc. Her previous work experience included VP, Polymers Wacker Chemie China. Her expertise includes global product management and marketing, integration and divestiture, implementation of strategic programs and sales tactics and managing R&D for innovation and new product development.

​Ginger is a graduate of the University of Houston where she obtained her bachelor’s and master’s degrees in chemistry. She also received an MBA from Columbia University in New York City. Ginger serves on the board of her church and is a member of Women Executives in European Coatings, Private Directors Association, Chief and a frequent panelist on US-China Relationship forum (subsidiary of The Carter Center).