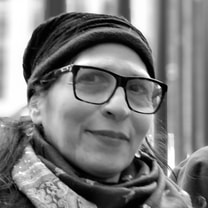 Prior to founding NY OFFICE, a multi-faceted production and literary management company in 1998, Julianne Hausler worked as a producer on television shows, independent films, and commercials. Her credits include a series of short films shown at festivals in the US and Europe as well as independent features that premiered at US and International film festivals. At NYO she developed a keen eye for the emerging talent and shepherded the careers of numerous award-nominated and winning International Cinematographers, Designers, Writers, and Directors.

​In 2012 Julianne and her husband, Artist, Ward Yoshimoto adopted a son from Addis Ababa, ET and life changed forever. After several years and two trips to ET, she has deepened her love of the African diaspora. Her decision to adopt a child from Africa was born of a desire to blend her Western European heritage with that of her husband's Japanese American roots and the culture of the African continent where so much of our civilization began. Long a socially active feminist and arts advocate, the opportunity to empower girls through education and advocacy is an authentic one that she is grateful to embrace. 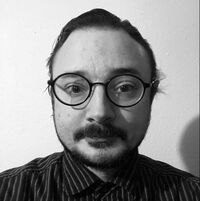 Jeffrey Heinbach is a self-professed book nerd whose interests are at once eclectic and outlying, who has lived in Philadelphia and its surrounding areas for all his life, often with cats. As a writer, filmmaker, visual artist, creative consultant, and occasional culinary professional, Jeffrey brings a nervous yet heartfelt sincerity to all of his (sometimes) overlapping projects.
​
As a self-directed student of world cultures, and an enthusiast of and advocate for marginalized communities, Jeffrey seeks to fight for those without (and denied access to) life sustaining and affirming resources and means of expression. He is thrilled to have connected with Tamara Horton and the team of Studio Samuel, who diligently work to furnish and cultivate an infrastructure for the empowerment and flourishing of the truly remarkable girls in our studentry.

With a strong moral core, Henrietta is passionate about social justice and advocating for those with barriers to opportunity.

Raised in Ghana and the UK, and now based in New York City, Henrietta started her career in the UK as a solicitor (attorney) with Reynolds Porter Chamberlain following a stint with UBS as a Mountbatten HR intern in 2008. This was followed by positions at Bank of America Merrill Lynch and Goldman Sachs before returning to UBS. Henrietta holds a BA in International Relations/Political Science from Birmingham University and earned an MA Law degree from the University of Sheffield. 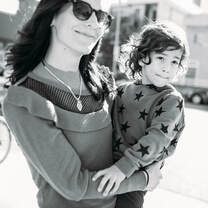 With great passion for supporting and developing artists, Sarah Landy has worked in the music industry for over 17 years with expertise in business development, artist relations, marketing, publicity, strategic partnerships and event production.

Inspired with energy to contribute impact work, Sarah asked Founder Tamara Horton if she could be involved with Studio Samuel upon learning about the organization in its first year of development while they were working together at Sony Music Entertainment. Sarah joined the initial Board of Directors in 2012 and traveled to Ethiopia annually through the Studio Samuel Training Center opening in 2015.

​Sarah currently lives in Los Angeles after spending much of her career in New York, and she holds a B.S. degree in Economics and Journalism (Public Relations) from the University of Wisconsin-Madison. Sarah is a mother and loves running, learning about other cultures, listening to music with soul (including deep love for African music), and is passionate about women’s empowerment, education and equality.

The quintessential entrepreneur, Colette Malouf built a global luxury accessories brand from the ground up at age 24. As Creative Director, Colette brings her design branding and marketing expertise to Studio Samuel. An industry veteran, Colette is community driven with deep rooted relationships in organizations such as the CFDA (Council of Fashion Designers of America), FGI (Fashion Group International) and the Entrepreneur Organization Network. With a passion for empowering women, Colette mentors students from Parson's School of Design and devotes a portion of her designs to a fair trade collective of women in Bolivia. Colette's mission is to create opportunities for women through Global Girl Empowerment. 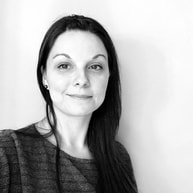 As VP, International Label Management at The Orchard, Marissa leads the International Label Management team based out of New York and works closely alongside teams throughout The Orchards 40+ global offices. Marissa’s day to day consists of seeking out areas of opportunity to widen artists’ reach - crossing country boundaries and languages. She leads on building comprehensive campaigns for various global priorities to propel further international artist growth and development.  Marissa is motivated by Studio Samuel's mission which prompted her to travel to Addis Ababa, Ethiopia on several occasions to conduct hands on volunteer work on the ground at the Studio Samuel training center. In an effort to continue her education in International Development, Marissa received a certificate from MIT in “The Challenges of Global Poverty” and is currently taking a Stanford University online certified course for “Women’s Health and Human Rights.” She has also led a successful fundraising and awareness campaign for Malaria No More in 2010. 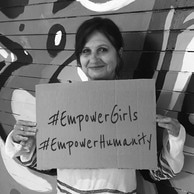 Born and bred in New York City and a graduate of NYU, Lorraine Shea brings more than 20 years of experience writing, editing and photographing for a variety of lifestyle magazines and websites. Favorite topics include health, nutrition, yoga, design, and travel. Through her yoga studies, she has had the rewarding pleasure of teaching confidence-building movement and meditation classes to high school girls and stress-reducing restorative workshops to adults. She’s thrilled to be a part of Studio Samuel and help empower future generations.

Darci is a New Yorker and Sony Music veteran who has worked for RED and now The Orchard for 20 years. She manages label partnerships within the label management team. She spent most of her life in and around the vibrant punk scene that taught her to think of others and fight for those less fortunate. Her passion for equal rights makes her want to spread the word about Studio Samuel and how they are helping to empower the youth, one girl at a time. In keeping with the punk ethos of giving back to the community that has allowed her to thrive, she is ready, willing, and able to help provide for people that need a helping hand.

Lynne Young
​
Lynne has been a dedicated caregiver in her own family, and with a background in Psychology and Human Development, she comes to Studio Samuel with the expertise and compassion to be a true champion for our girls. Lynne is committed to using her voice to amplify it for those needing a bigger platform. Her energy matches that of the 9-18 year old girls she supports.

Lynne lives in Virginia with her husband of 31 years and they have one daughter who is forever 25. Her first marriage gave her a son and three amazing grandchildren.